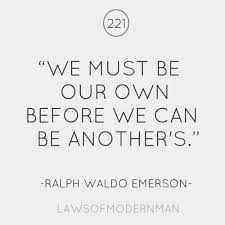 Nice.
Three words in response to being nice:

Nice had a slimy connotation. It goes right along with the experience of being taken advantage of.
When you’re “nice”, you’re allowing for, excusing and, frankly, enabling irresponsibility.

Nice people forgive those who don’t show up.
Something is missing here.
Forgiving is great.
By all means, absolutely, forgive
AND THEN
ask Mr No Show what happened. Let him know how it effects you and everyone else he doesn’t show up for and, from that, what that does or doesn’t do for HIM.

Nice people do everything in their human power to make sure everyone else is taken care of, needs fulfilled, coddled and accepted, no matter what behavior comes about and when they’re really nice, this type of free giving often comes at their own expense.

Nice people don’t think they themselves are important enough and this taking care is what has others like them.

Yes, that’s right. All the nice kitties out there want to be liked. It’s not really who you are. It’s who you think you need to be. Underneath that, you’re resentful.

Being kind is being supportive, listening, standing for someone to have whatever realization they need to step into the next space in their life.
It has nothing to do with doing it for them.

It definitely has nothing to do with excusing that they aren’t doing what it takes for themselves.

Being kind is telling it like it is, holding another accountable and backing up and getting out of the way so people can hit the wall and have what’s necessary happen that’ll have them get how little their not so great way serves them.

It takes A LOT to shift from nice to kind.

Nice people are typically known for their niceness. (This is not a beneficial knowing). Those who take advantage of nice, nice, nice get a bit ruffled when they can’t depend on you to do things for them anymore.

And your nice little head will likely feel guilty or bad or all sorts of negative feelings as you embark on the adventure from nice and used up to kind and appreciated.

And the ship to sail from A to B is that ruthless compassion.

You gotta be down and dirty about how much you care.

You gotta let people know that they’ll get its for the best that you aren’t doing it for them.
And being ruthless about it lets you sigh and support and be kind, not just to them, but to yourself.